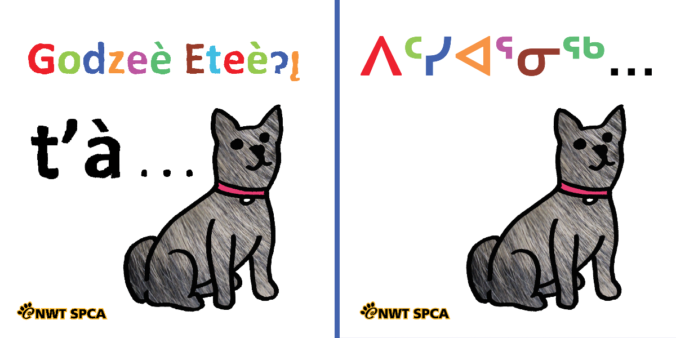 A shipment of children’s books translated into Inuktitut are scheduled to be destroyed by the Canada Border Services Agency just days after Orange Shirt Day.

EDMONTON, AB, October 03, 2020 — In partnership with the Northwest Territories SPCA (NWT SPCA), the Canadian company Green Bamboo Publishing released two translated versions of the children’s book Kindness Is on National Indigenous Peoples Day earlier this year. Now the Canada Border Services Agency (CBSA) in Edmonton, Alberta have announced they will be destroying a shipment of the books — all due to a simple paperwork error.

The shipment of the Kindness Is books were meant for Indigenous children in the Northwest Territories and to support the NWT SPCA. Since the announcement comes just days after Orange Shirt Day, the impending destruction of the books is exceptionally heartbreaking. The Canadian government preaches reconciliation but they are going to destroy books meant for Indigenous children?

In July, the CBSA sent a letter to the destination address of the shipment, asking for a payment of $5000 for the books to be released. Jasmine Cabanaw, the founder of Green Bamboo Publishing, realized there had been an error, since the books were valued at no where near that amount. She has since been trying to reach the customs office for months but with no success. There is simply no method provided for rectifying the situation — the office does not even have an email address. The phone number provided simply rings and rings when called. Between Cabanaw and the NWT SPCA, they have called almost 100 times.

The only option is to go to the customs office in person, which is risky during COVID-19 and also not possible for Cabanaw, who lives in a different province. As the owner of a small business, Cabanaw will have to absorb costs she cannot afford in order to send a new shipment. She wonders how many other small businesses have been through this same situation.

Launching the Inuktitut and Tłı̨chǫ versions of Kindness Is… on National Indigenous Peoples Day was a way to celebrate Indigenous youth. The book launch also encouraged children of all backgrounds to honor Indigenous cultures and participate in kind and responsible pet ownership. Unfortunately, since the Inuktitut books were being held at the customs office, only the Tłı̨chǫ speakers were able to participate in the book readings for the launch.

We are looking for people to help us get the word out about this story and hopefully amend some of this injustice. Since the original writing of this press release, two people have agreed to go to the customs office on Cabanaw’s behalf for Monday, October 5th.

Kindness Is… teaches children and adults alike the importance of compassion, kindness, and empathy through a series of common but important examples of responsible pet ownership. Green Bamboo Publishing founder, Jasmine Cabanaw, believes that all children should have the joy of reading stories in their traditional languages and was eager to help when she learned about the project.

Dana Martin of the NWT SPCA explains that the purpose of translating Kindness Is… “is important to help teach kindness, compassion, and empathy to children and adults in Indigenous languages of the NWT. Our northern animals and our northern peoples are important to the NWT SPCA. It brings great joy to help kids learn about kindness while also helping to strengthen and preserve the traditional languages. Kindness Is… becomes a bridge that joins together the different peoples of the North, giving rise to a stronger community with common goals.”

Kindness Is… is best suited for ages 0-5 and is written in a cheerful style that is relatable and fun. The illustrations are bright and colourful, using high contrast imagery, and have a unique feature — the fur for each illustrated dog is from a photograph of a real dog from the NWT SPCA. Children can view the gallery of doggy models at the beginning of the book.

Of the two currently translated books one is an Inuit language (Inuktitut) and one is a Dene language (Tłı̨chǫ). The remaining seven will be released over the course of the next year. Included in every book is the English version of the original poem, information about the Indigenous language, and a map of the Official Languages of the NWT.

The books are available for purchase online:

Bowie the Cockatoo Dances His Way through Life