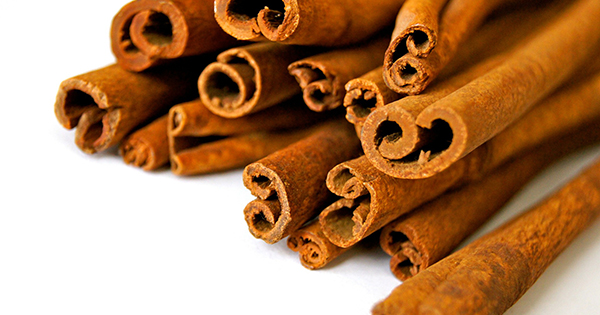 Health Benefits of Cinnamon for You and Dog

Don’t you just love the smell of cinnamon? Whether you add it to your cappuccino, sprinkle on top of rice pudding, or devour a cinnamon bun, the fragrance and taste of cinnamon are irresistible. Not only does it smell and taste great, but there are also many health benefits to eating cinnamon for both you and your pet. Sprinkle some cinnamon on top of your dog’s food so he can enjoy the perks too.

Cinnamon comes from a variety of evergreen trees that are part of the Cinnamomum family, of which the Cinnamomum verum (Ceylon) and Cinnamomum cassia (Cassia) are the most common. The inner layer of the bark is dried and rolled into sticks from where it can further be grounded into a powder. Cinnamon trees are grown in Sri Lanka (where 80-90% of the world’s cinnamon is produced), Indonesia, China, Vietnam, Burma, Brazil, and India.

Cinnamon has been used as a spice, as well as for medicinal purposes, for thousands of years. The best part is that it does not taste like medicine! Here is what it can do for you and your pet if consumed on a daily basis:

The Two Types of Cinnamon

There are two types of cinnamon: Ceylon and Cassia. Ceylon is often called “true” cinnamon and is lighter, healthier, and more expensive. Cassia cinnamon is the most common variety found in supermarkets and is also cheaper. Cassia contains a compound called “coumarin,” which can be harmful in large doses.

How Much Is Enough?

A study carried out in Norway suggests the maximum Tolerable Daily Intake of coumarin is 0.07mg per kg of body weight, which translates to about 5-6mg for an adult person, 0.4mg for a small dog, and 2mg for a big dog per day. In their 2006 publication, The German Federal Institute for Risk Assessment (BFR) estimated that 1kg of cassia cinnamon contains between 2.1g-4.4g of coumarin. If converted to a single teaspoon of cassia cinnamon powder, it could contain between 5.8-12.1mg of coumarin. This is much higher than the Tolerable Daily Intake for a smaller individual, as well as dogs.

If you can, stick to Ceylon cinnamon; otherwise, make sure you don’t overdo it.

About the Author
Payal Bhandari M.D. is a holistic family physician at her practice, Advanced Health. She provides personalized, comprehensive primary care to families and individuals of all ages in San Francisco since 2005. Her integrative style blends the best in western and eastern medicine to effectively transform health.

Kids and Pets: 5 Creative Ways to Organize Your Home

Benefits of Coconut Oil for Your Dog and Cat